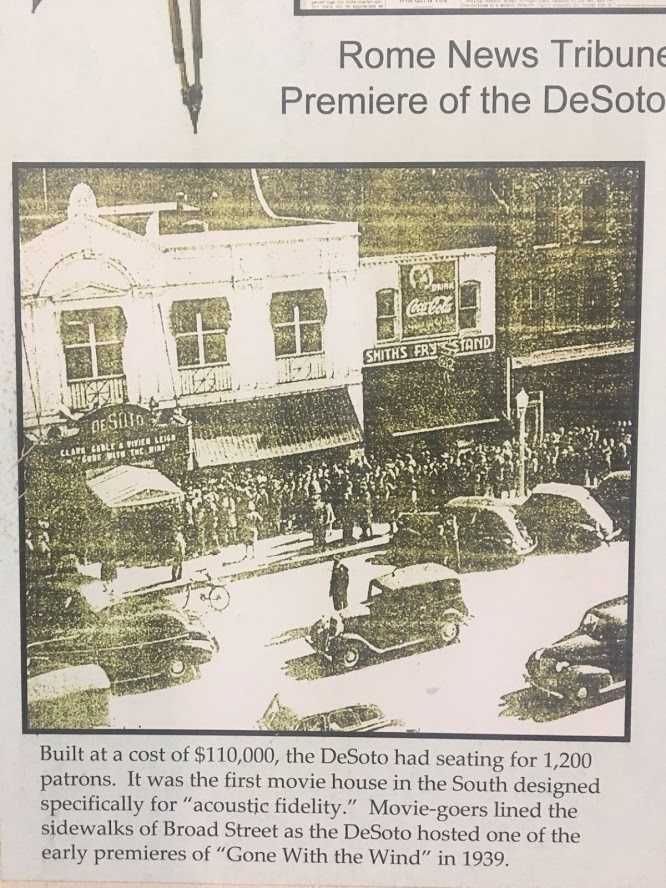 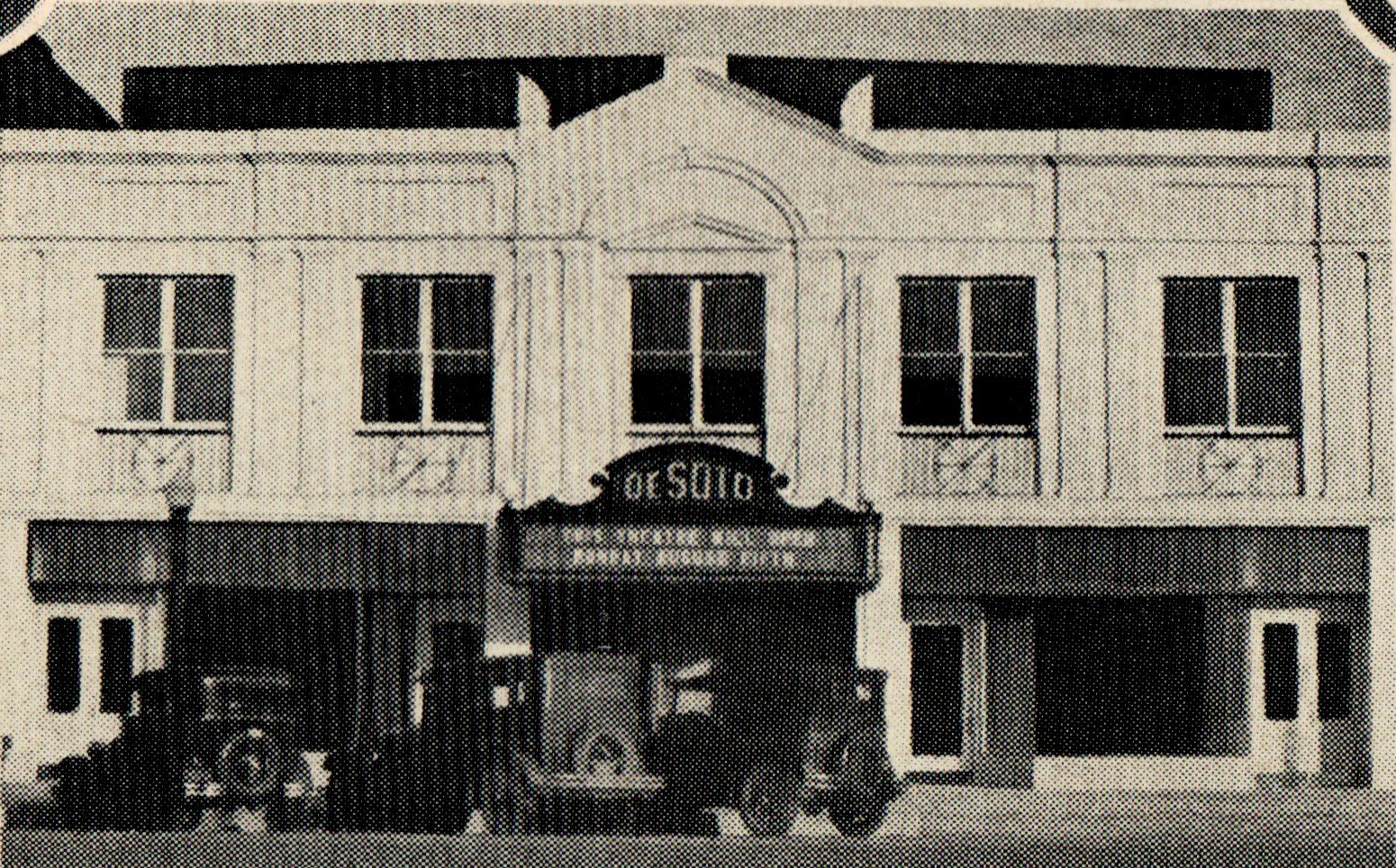 A reception will follow to celebrate its 90th anniversary

In August of 1929, Northwest Georgians from across the region lined the sidewalks of Broad Street in droves, craning their necks in excitement to witness the grand opening of Rome Georgia’s shining jewel: the Historic DeSoto Theatre. For most, it was the first “talkie” they would ever see.

Now it’s time to honor and recreate the thrill of that historical moment in celebration of the theatre’s 90th year. On Monday, August 5th at 5 p.m., the Historic DeSoto Theatre Foundation invites the public to gather in front of the theater at 530 Broad Street to recapture the image of the crowd waiting to enter the DeSoto to see “Gone with the Wind.”

The photo, published in a 1939 edition of the Rome News-Tribune, shows a crowd of hundreds eager to watch Vivian Leigh and Clark Gable’s swirling southern romance come to life on the silver screen. Therefore, hundreds of people are needed on August 5th to recreate history.

“This is a free event, and we invite as many people as possible to come celebrate the legacy of the Historic DeSoto Theatre,” says Vice President of the HDTF Jim Powell.

“The DeSoto Theatre has touched countless lives over generations, and we want to honor that,” says HDTF Board President David Clonts. “Our grandparents watched some of the first films there. Some of us remember seeing blockbuster hits such as JAWS or Star Wars on that screen, or have attended concerts. Today, many associate the DeSoto with the wonderful theatre productions that grace the stage.”

“There have been numerous great forms of visual art that have happened under the DeSoto’s roof for 90 years,” he continues. “This is a proud moment for our region, so let’s honor that as a community.”

A Celebration to Remember

The photo recreation will be followed by a "Party Like it's 1929" reception and celebration ceremony, including some words by Historic DeSoto Theatre Foundation and City of Rome officials. Locals may dress in period attire, though it’s not required, and all are welcome.

Earlier in the day, historical tours of the theatre will be given by local historian Selena Tilly at 11 a.m., 1 p.m. and 3 p.m. Tilly has not only extensively researched the history of area theaters, but has also been instrumental in the DeSoto’s recent renovations.

More renovations are needed to restore the historical landmark that put Rome on the map many years ago.

“The purpose of the Historic DeSoto Theatre Foundation is to protect the integrity of the building and restore the theater to its original glory because it’s an important part of our local heritage,” says Powell. “We’re getting there, but there is still much to be done.”

Monday’s historical tours are $10 per person, with the proceeds going toward the theater’s restoration efforts. People may call Jim Powell at 706-346-3276 to reserve a tour.

Also, on Saturday, August 3rd at 1 p.m., the HDTF and ts resident theatre company for over 35 years, the Rome Little Theatre, will host a ‘Happy Birthday Open House.’ There will be cake and ice cream, tours of the theatre, and a 3 p.m. presentation of the film “Mamma Mia!” to promote the RLT’s next show lineup of the musical.

About the Historic DeSoto Theatre

When the DeSoto Theatre opening in August 1929, it was one of the seven largest movie venues in Georgia, and the first location in the South designed and built specifically as a “talkie” for sound films.

According to the DeSoto Theatre’s page on the Georgia’s Rome website, O. C. Lam, the owner of Lam Amusement Company, laid plans to construct the theatre in early 1928. He purchased a section of prime real estate on the main street of downtown Rome for $50,000, with the intention of building a luxurious movie palace modeled after New York’s Roxy.

The building’s exterior and Georgian interior stylishly housed a number of recent movie palace innovations including a Vitaphone sound system. The theatre was heated and cooled by an innovative blower-fan air conditioning and tubular boiler system. Additionally, it was equipped with state of the art fire safety equipment. Fitted with many exits, the DeSoto could be emptied in two minutes.

Lam named his new movie palace for Hernando DeSoto, who was thought by many historians to have passed through the area that is now Rome in 1540. The DeSoto was completed at a cost of $110,000. When it opened, the theatre seated more than 1,000 patrons. The DeSoto was an instant success and one of the main sources of entertainment for Northwest Georgia and Northeast Alabama for the next 50 years.

In 2005, RLT deeded the facility to the Historic DeSoto Theatre Foundation in order to preserve and protect the building. RLT performances continue to take place at the DeSoto today, as well as many events to benefit the HDTF throughout the year. The DeSoto is also one of the venues for the annual Rome International Film Festival, which celebrates its 16th year November 7th-10th.

Skip back to main navigation